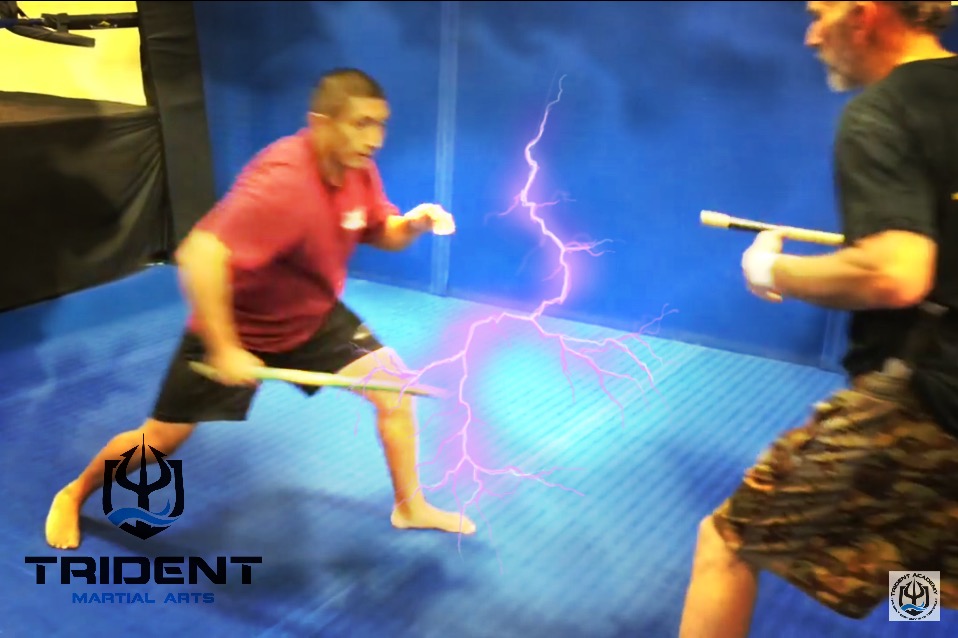 Student Challenge: What do you know about the benefits and lessons learned from the Filipino Martial Arts?Here we have featured in the video below, a basic drill in the Filipino martial arts classes we teach here in Woodbridge. The drill is called ,"meet the force." Reminds me of "Use the Force, Luke!" every time I say it though.

Brief explanation: One side will feed one of the five angles of attack at their partner and they will respond with the corresponding action, such as hitting the hand while avoiding the attack. In the comments below we challenge our students to come up with 10 lessons learned from this drill that carry over into the entire martial arts concept. Good luck and may the force be with you.