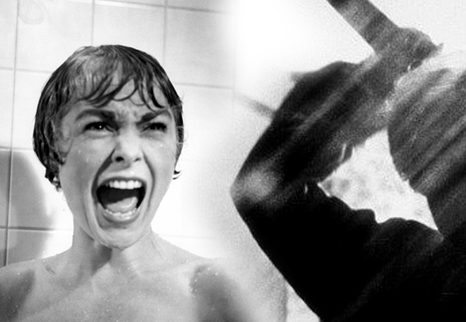 I'm staring straight into his eyes as he brings the knife down toward my head.

In one motion, I intercept the strike with my left hand and issue him a fist with my other.

A few feet away, another man is savagely shouting at me.

And... there's nowhere else in the world I'd rather be right now.

But maybe that's just because the knife is plastic. And I'm about to go grab a smoothie with the dude (my boyfriend) on the other end of it. And the bellowing fellow is our instructor for this evening's Krav Maga class. (Who's actually super nice - and only shouting because he's had to tell me twenty times to "blade my hand".) You see, I'd joined Trident Academy of Mixed Martial Arts a few months prior - opting to try the striking program out. Why? Well, part of me wanted to pick up a few self defense skills. Part of me just wanted to channel my angst somewhere safe. (A pair pad laden hands seemed as good a substitute for playing frisbee with the kitchen dishes as any). And another part of me knew that trying new things is an optimal way of priming your body and mind for everyday life. So, I started the program. And - sure enough - I got to punch, kick, elbow, and knee foam filled foes to my heart's content. Between Muay Thai, JTX, and Jeet Kune Do, I was getting my fill of fury release. I was also (slowly - very slowly) learning how to acquire this mythical unicorn called coordination that seemed to come naturally to everyone else.

However, one day, it was suggested that I try a Krav Maga class.

Well, because it was something new. Something outside of my usual routine.

It was that typical fear of the unknown you get once you're ensconced in a comfort zone. And that was when two important things boomeranged back into my faulty memory. One was something from the welcome sheet that Ben Gilbert handed me upon entry into the program. It had admonished, that as you work through the program, to not get "stuck" at wherever you are. To continue to grow. Move on. And, while I'd initially interpreted that as moving forward in your own program, I could see now that it had lateral implications too. Why not try something new? Especially when the second thing that hit me like a ton of "duh" was the whole reason for these classes: self defense. Sure, it's great exercise and an epic form of steam-relieving. Sure, I can punch pads, kick my shins til they're fuchsia hued, and follow choreographed drills (most days; when my brain's being my ally instead of my enemy) for hours on end. And I adore that. I wish I could walk around with an I.V. bag full of that feeling. And that's great... but what'm I gonna do if actual weapons ever get pulled on me?

What am I going to take with me off the mat? When it comes to the crunch?

So I went to my first Krav class.

And the experience thus far's been invaluable. You see, Krav Maga literally translates to "contact combat" - which is pretty much the perfect description of it. No gloves. Just rubber guns, naked knuckles, and plastic daggers. The version we do, Tier One Krav Maga, was developed uniquely by the dad of our dojo: Navy SEAL and multi-time combat veteran in a vast array of nations, Pat Tray. There's probably a host of other uber confidential things he can't share (and another exhaustive list of accomplishments) that belong on that list too. But, for the sake of your attention span, I'll just point out that (for nearly a decade of his time with the SEALs), he was their hand-to-hand combat instructor. (I'm just gonna let that one sink in for a moment.) And that he earned certifications with Dan Inosanto. And Ajarn Surachai Sirisute. But after actually working with Mr. Tray for a class or two, you realize his in-the-flesh skills sufficiently speak for themselves. Words truly don't do it justice. (Actually, that last bit goes for all of Trident's excellent instructors.) It's one of those things where you just have to come in for a class to see it for yourself. And how's all this look in application, exactly?

But if you want to get specific, it's this amalgamation of strikes, counter attacks, weapons defense and offense all combined into one system. And how does that benefit you? Well, you not only learn how to use and defend against weapons - but the same thing when it comes to striking, grabs, chokes, and holds. It's worthwhile inasmuch as it's based on real world fighting. Stuff you'd see on the street or that your kids might deal with in the halls of their high school. And, while that educational tangent may all sound kinda technical and boring, I find it fairly fascinating. I mean, I'm learning something so effective that they teach it to the guys charged with protecting our lives (AKA police and military). Training in it so that I can protect my own almost feels like gaining entry into an elite fight club. And, the verdict after my first night of Krav?

As you may have guessed, I'll definitely be back for more.

For one, that "try new things" bit of my brain gets activated (while also honing those coordination skills I don't have). And, of course, it's also a safe way to channel all that rage my oblivious buddies and coworkers think I don't have. That said, above all the things I love about any form of fighting at Trident, I understand what my priority needs to be. And it's what Dan Inosanto said about exactly that: "The practice of a martial art should be a practice of love - the love for the preservation of life." Sure, that preservation definitely includes the positive effects of my mind and body and relationships. But I also appreciate that the world's imperfect. We must address the negatives too. The barrage of somber news we see daily regarding amplified acts of violence is a clear indication of that. It's easy to think those things will never happen to you or me. (Denial, I think they call that.) But Krav Maga helps make threats like these seem more real. Not so that we can be paranoid, but so that we can be prepared. Bad stuff can happen to anyone. And, one day, it might not be a loving limb wielding a weapon at me on a mat. And the weapon may not be fake - but fully capable of maiming. Once the gloves are off and you're introducing props into combat moves, it's not just a practice with some abstract application. It's more authentic. Like something that could transpire in a parking lot late at night. That reminder - that it can and does happen - makes me love the "preservation of life" anew. It makes me grateful I'm learning something that might keep me off the evening news myself. And that the instructors are so thorough (even if it means screaming at me 'til I "get it") with all of us.
Because they truly care about each student, uniquely.


And the flipside to all that solemn and serious stuff is that I have a blast as I'm doing it.

That goes for every kind of fighting I've tried here. While I didn't come to Trident to make friends, that was inevitable the moment I signed up. I've met some next-level amazing people and there's an entertaining dichotomy to what we do. Here, we take the drills seriously, but joke around the moment it's over. Here, women go from kissing to kicking their husbands in a matter of minutes. Here, you've got plans to grab a beer later with the same dude who just turned your face into a sanguine fountain. And I think that's what keeps people like me coming back. (Where else can you and your everyday Valentine swing knives at each other "for fun"?) Because, of course, there's obviously a gravity to any kind of combat you practice. But the brain and body benefits coupled with the camaraderie gained between training partners is the opposing, positive draw. For me, it's crucial to have a balance between both of those things.

And I'm so glad to be striking that balance with Trident's striking (and weapons) program.